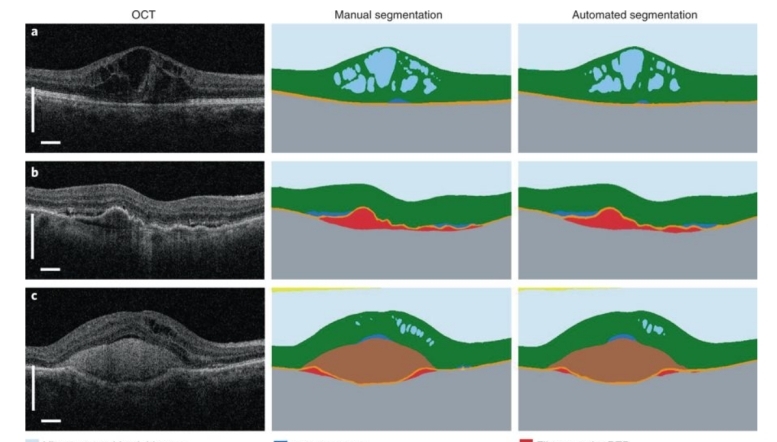 Artificial intelligence can diagnose eye disease as accurately as a retinal specialist. That's the finding of a study by Moorfields Eye Hospital and Google DeepMind reported in Nature Medicine. In the study, an artificial intelligence algorithm was taught to diagnose AMD using 877 OCT scans (Topcon 3D OCT 2000) from patients known to have AMD. The AI was then pitched against 4 retinal specialists and 4 optometrists who work in a retinal clinic. All had to review scans of 1000 patients from the retinal clinic whose outcomes were already known. They were asked to grade the cases as urgent, semi-urgent, routine or observation.

The AI performed as well as the top 2 retinal specialists with an error rate of only 5.5%, and importantly the AI correctly diagnosed all of the urgent cases. Perhaps even more remarkable was that the team then went on to train the AI to interpret scans from another OCT (Zeiss Cirrus HD-OCT 5000) using an just 152 scans. It was even more impressive on this second device with an error rate of only 3.4%.

The results were described as "jaw-dropping" by Dr Pearse Keane, the consultant ophthalmologist who is leading the research at Moorfields Eye Hospital. "I think this will make most eye specialists gasp because we have shown this algorithm is as good as the world's leading experts in interpreting these scans", he said in an interview with the BBC. The accuracy of the algorithm raises the real prospect that AIs could be used to screen patients for retinal diseases such as AMD, recommending which patients need treatment and which can wait. Dr Keane wants to implement such a system at Moorfields within 2 or 3 years.

DeepMind is already doing research with Imperial College London to see if AI can learn how to interpret mammograms, to improve the accuracy of breast cancer screening and it's not hard to see how these algorithms could be used with any medical scan such as CT, MRI or ultrasound. It seems highly likely that within a few years artificial intelligence will play a key role in the diagnosis of disease, freeing up clinicians to spend more time with patients.

In the meantime, why not try to improve your own diagnostic skills with our retinal tumours and pigmented lesions course and self test worth 1 interactive CET point. 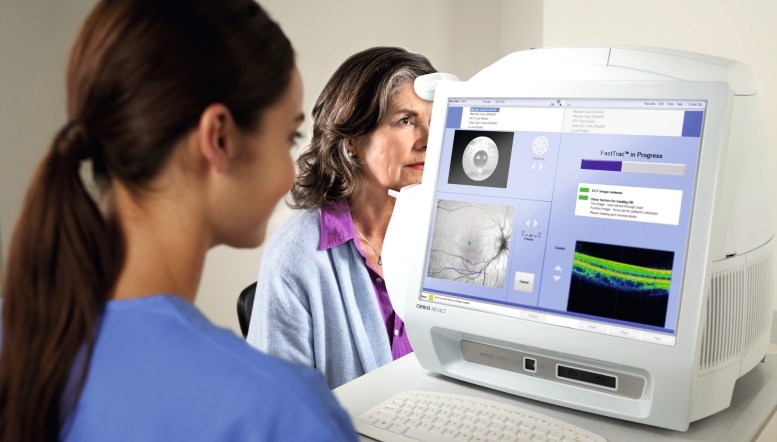 The eye is the window to the soul

And a window to the mind